Long US Dollar exposure was our primary focus in May and the program profitably traded the US Dollar against EUR, GBP, JPY and CHF.

We anticipate that the USD will continue to recover as the economy picks up momentum and higher US yields continue to support the USD.

In response the USD has backed off recent highs against other major currencies, falling in the region of 1 to 1.5% depending on the currency pair. While Trump’s intervention was hardly a shock it affects sentiment in the short term by reminding the market of the administration’s preference for a soft USD and raises the prospect of similar episodes in the future should the USD continue to strengthen. In addition, from a technical perspective, the USD has again backed off the upper side of its recent range.

Beyond the short term however we doubt such interventions will derail USD strength and anticipate a more muted market response to further episodes. The USD has too much going for it, most obviously a substantial yield advantage against other major currencies that is highly likely to widen in the months ahead. In this context, it seems doubtful that FOMC policy will be influenced by Trump’s comments except perhaps at the margin, by encouraging higher interest rates by way of emphasising Fed independence. We view the yield advantage as a downside cushion for the USD which will continue to offer strong support.

As Trump pointed out in an interview on CNBC, the Chinese Renminbi is “dropping like a rock”. The PBOC is loosening monetary policy while China is facing several major challenges from Trump’s threat to place tariffs on all of China’s $505 billion of exports to the United States to rising defaults in credit markets. While the PBOC will want to keep RMB depreciation orderly they surely expect it to continue to weaken. That this happens will be important for USD sentiment globally.

We exited USD longs in response to headlines from Trump’s CNBC interview but will be looking to re-enter either on a pullback towards the ‘cushion’ or on a break to new highs. 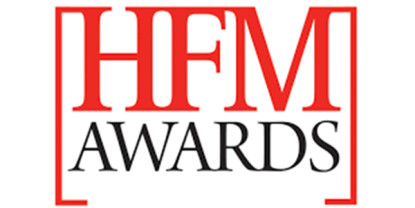 As part of the HFM European Performance Awards 2018, Three Rock Capital’s Global Macro Program has been shortlisted in the following two categories:

The long term performance of our Global Macro Program earned us the title of”Best performing managed futures CTA with less than $1 billion in AUM over 5 years”.

We were very proud to see our performance sustain such respected returns over the long term.

Three Rock Capital are pleased to announce that the Global Macro Program has been awarded the Best CTA long-term performance under $500mio (5 years) at the CTA Intelligence European Performance Awards 2016. Three Rock Capital’s CEO, Ciaran Kane, accepted the award on the firm’s behalf at the ceremony at Plaisterer’s Hall in London on 30th November 2016.

Dublin-based Three Rock Capital Management will launch a global macro hedge fund by the end of the first quarter 2017, according to Chief Executive Officer Ciaran Kane.

The fund, which is expected to start with $50 million, will be managed by Three Rock’s Chief Investment Officer Conor O’Mara.

“The world has been dominated by what central banks have been doing in recent years,” Kane said in a telephone call on Nov. 22. “Central banks will obviously remain influential but their influence won’t be as significant, so you will see some other themes start to come back into play. You will likely see interest rates starting to rise and there will be more volatility and more market direction which is good for macro strategies.”

Macro funds have struggled to make returns globally, falling 1.4 percent on average this year, according to data provided by Eurekahedge.

Three Rock was called Anark Capital when it was launched by O’Mara in 2009. It was rebranded as Three Rock Capital Management — named after the Three Rock Mountain which overlooks Dublin — after Kane and Chief Operating Officer Fergal Cox joined in 2012.

By Suzy Waite and Melissa Karsh

The greenback has been buoyed since the Nov. 8 vote by speculation the Republican’s proposals to increase spending and cut taxes will spur growth and inflation, nudging the central bank toward raising interest rates.

The euro could reach parity with the dollar in 2017, according to Conor O’Mara, chief investment officer at Three Rock. The euro/dollar has traded between 1.05 and 1.15 since March 2015, with “a test of the lower side of this range appearing likely,” O’Mara said in a Nov. 14 commentary sent to investors. It’s a similar story for the yen, which O’Mara forecasts will weaken to between 112 and 115 against the greenback.

“In Japan, the central bank has committed to keep 10-year yields ‘around 0 percent’,” he said. “The yen is beginning to weaken as a consequence and I expect this to continue.”

“On the one hand, you have fiscal stimulus which will push growth and inflation higher, which will make the [Federal Reserve] more restrictive,” Borut Miklavcic, chief investment officer of LindenGrove Capital, said in a Nov. 16 interview. “Then of course, there’s the protectionism put forward by Trump. We expect that will be watered down. But that will work against any country that exports significantly to the U.S.”

Forecasts for stronger U.S. economic data added to the momentum triggered by Trump’s victory in the presidential election. A report Tuesday showing a 0.8 percent rise in retail sales in October followed an upwardly revised 1 percent jump the prior month, for the biggest back-to-back increase since 2014. Data Wednesday showing U.S. manufacturing increased for a second month helped drive the market-implied probability of a Fed hike in December to 94 percent. Federal Reserve Chair Janet Yellen signaled Thursday the U.S. central bank is close to lifting interest rates as the economy continues to create jobs at a healthy clip and inflation inches higher.

“Before the election, I thought if Trump won, it would be negative for the currency because a Trump administration had indicated they might pursue a weaker dollar policy,” O’Mara said in a telephone interview on Nov. 17. “But I don’t think they can [do that] anytime soon against the backdrop of rising interest rates.”

The $312 millionLindenGrove Capital Discretionary Global Macro Strategy is down 1.5 percent this year through October, according to an investor letter seen by Bloomberg Briefs. Three Rock Capital, which manages $75 million, returned 5.6 percent in the first 10 months of the year, a separate investor letter showed.