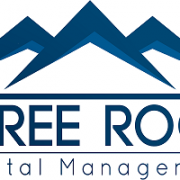 In response the USD has backed off recent highs against other major currencies, falling in the region of 1 to 1.5% depending on the currency pair. While Trump’s intervention was hardly a shock it affects sentiment in the short term by reminding the market of the administration’s preference for a soft USD and raises the prospect of similar episodes in the future should the USD continue to strengthen. In addition, from a technical perspective, the USD has again backed off the upper side of its recent range.

Beyond the short term however we doubt such interventions will derail USD strength and anticipate a more muted market response to further episodes. The USD has too much going for it, most obviously a substantial yield advantage against other major currencies that is highly likely to widen in the months ahead. In this context, it seems doubtful that FOMC policy will be influenced by Trump’s comments except perhaps at the margin, by encouraging higher interest rates by way of emphasising Fed independence. We view the yield advantage as a downside cushion for the USD which will continue to offer strong support.

As Trump pointed out in an interview on CNBC, the Chinese Renminbi is “dropping like a rock”. The PBOC is loosening monetary policy while China is facing several major challenges from Trump’s threat to place tariffs on all of China’s $505 billion of exports to the United States to rising defaults in credit markets. While the PBOC will want to keep RMB depreciation orderly they surely expect it to continue to weaken. That this happens will be important for USD sentiment globally.

We exited USD longs in response to headlines from Trump’s CNBC interview but will be looking to re-enter either on a pullback towards the ‘cushion’ or on a break to new highs.